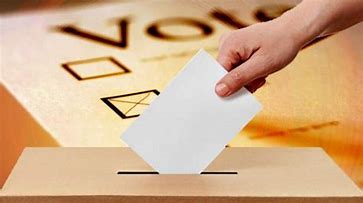 UPDATE ON BALLOT ISSUES
The Pinal County Board of Supervisors has approved a plan to address the early voting issues in Apache Junction and six other impacted municipalities in the county. Supplemental municipal-only ballots are being sent to all those affected by the error. An overview of the matter can be found at https://www.pinalcountyaz.gov/Vote/Pages/BallotIssues.aspx. Check this page for updates.

In addition to federal, state and county items, ballots for City of Apache Junction residents should include:

Apache Junction residents who live in Maricopa County can view their ballot status and other information by visiting BeBallotReady.vote.

Apache Junction  residents who live in Pinal County may be impacted by their ballot issues. To see if you are impacted and for more info, visit pinalcountyaz.gov/Vote

For your voter information, click here for the Arizona Voter Information Portal.

Due to the large number of early ballots cast in most elections and the provisional ballots cast at the polls, final election results will not be available until several days after Election Day.  Election night results are not final.   After all the ballots are counted, results could be substantially different as to who is elected at the primary.

Statute prohibits the release of early voting results until all precincts have reported or one hour after the polls close, whichever occurs first.

The following information is provided for general knowledge of the process.

Statements of Interest have been submitted by potential candidates for the following offices:

Below are important dates for candidates and voters.